Solitaire is not a new game by any means. Its origins have been traced back to Germany circa 1788, making it over 230 years old. In all that time, countless hands of Solitaire have been played, resulting in an uncountable number of hours of enjoyment.

However, the benefits of playing a game of Solitaire in our modern society go far beyond something fun to pass the time. The game can actually be used as a tool to deal with the ongoing assault on our mental health from the everyday stressors we all deal with, such as work, family and the never-ending list of responsibilities.

So, if you love a good game of Solitaire and are on a quest to better manage your mental health (as all adults should be), here are some of the mental health benefits of playing Solitaire:

Sort Away Your Stress 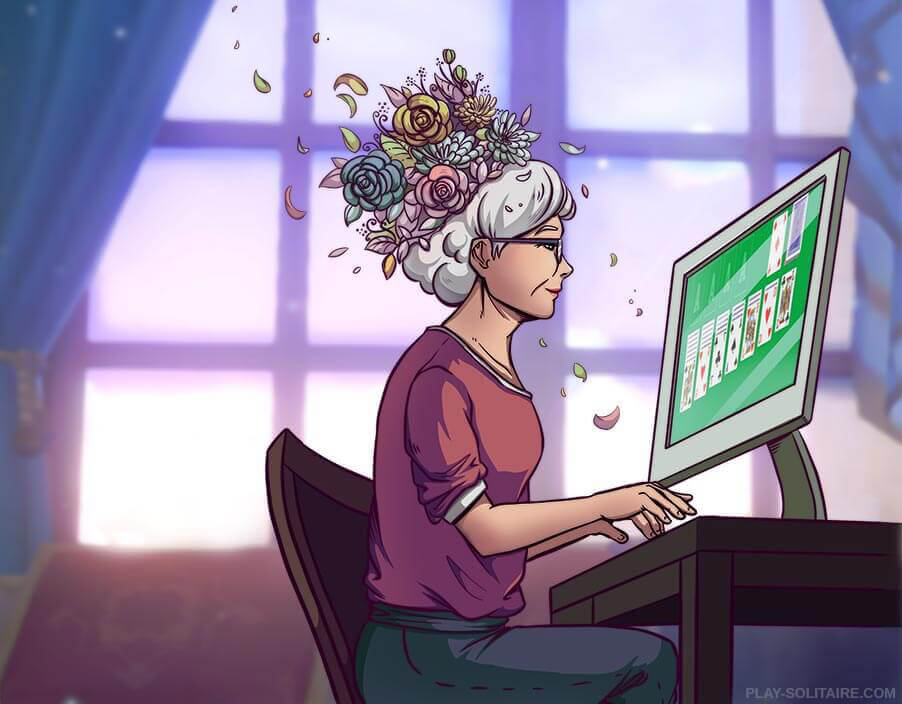 You may have been taking advantage of this first benefit all along, and never even realized it. Sitting down somewhere to play Solitaire, whether with a physical deck or in digital form, has a way of de-stressing your mind. Dealing, organizing and sorting the cards occupies your mind with a simple task, allowing the facts of life to melt away for just a little while, lowering your blood pressure.

Some people turn to more damaging methods to reduce stress, such as smoking or drinking. Most things are fine in moderation, but nobody has ever crashed a car from playing too much Solitaire.

Doing too much is never good for your mental health. However, having nothing to do can sometimes be just as bad. When you’re alone in your house and all of your friends are busy, the dreaded boredom can find a way to slip in and eat away at your mind.

On those days when you’re lazing about and the lack of things to do starts to get you down, playing a game of Solitaire can be just the boost you need. In fact, dealing with that initial boredom (in addition to being a salve on your mental health) can even give you some motivation to do some more constructive things, like chores or running errands.

Do you occasionally have trouble remembering things? Do you find yourself wading through memory fog as you participate in some activities? Well, if you enjoy the occasional game of Solitaire, these afflictions might not affect you as much.

A 2020 study shows that people who play certain games can benefit from improved memory over time (especially as they get older), and Solitaire is certainly one of those games. It takes solid memory to recall groupings of cards and remember which cards might be in the stockpile based on what’s on the table.

Gaining these skills will help you become a better Solitaire player, while simultaneously boosting your memory.

Pick Yourself Up and Try Again

As you play games of Solitaire, you’ll come to find that not every hand can be won. Sometimes, you just can’t make it work, and it’s not your fault. All you can do is accept the defeat, pick yourself up and try again.

In this way, the game teaches you persistence. There are few things better for your mental health than being able to let go in a healthy way while preparing yourself to try again. This is something that many people struggle with, even if they seem to be completely put together and healthy. It just so happens to be something you can develop by sitting down with a deck of cards.

Whether things are going well or poorly for you, becoming one with a game of Solitaire has an effect you might not think about in the moment: calming the mind. Resigning yourself to do the best with what you have and accepting the outcome takes the stress out of the game, allowing the mind and body to relax.

Finding an activity that allows you to find your calm is incredibly important for any adult’s mental health, and Solitaire is accessible enough that everyone should try it. Who knows, the secret to calming down might be just a card game away!

What is the Loneliest Number?

This next point might be sad for some, but it’s an important fact of life. Sometimes you’ll get lonely. Whether your significant other is out for the day, or you happen to be at a point in your life where you live by yourself, you will inevitably find yourself without company at some point.

It doesn’t have to be sad though. Being alone is a great time to think and work through problems! And, with the mind-calming and centering power of Solitaire, the simple card game can occupy your time in a way that makes you forget your loneliness, even if it’s just for a few minutes.

Most card games take a considerable amount of skill to become proficient in, and Solitaire is no different. Learning the strategies and methods to use when you are presented with a specific organization of cards is incredibly important to learn, but it’s something that can be done with time.

As you can probably imagine, playing our game will allow you to develop these strategy and decision-making skills over time. Even if you never become a professional Solitaire player (which is a real thing, I’ll have you know), you can develop skills that will help you with daily life in a fun way.

The Most Important Thing

At its core, Solitaire is still a game, and the objective of any game should be to have fun. Some people look at Solitaire and say, “That looks boring,” but they just don’t get it. Successfully sorting those cards and winning a game is a subtle kind of fun that brings happiness to all kinds of people.

If you’re having fun, you’re likely happy, and the best way to take care of yourself mentally is by doing things that make you happy.

We hope you enjoyed this article. Mental health is something of a buzzword these days, but that doesn’t make it any less important. Dealing with modern life can be difficult and taking care of yourself has never been more important.

The points covered by this article are just a few of the ways Solitaire can benefit your mental health, and hopefully this will convince you to pick up a deck and play a few games when you’re feeling down.