Solitaire is the collective name for a large number of single-player card games, of which Klondike Solitaire is the best known. This game has even become so popular over time that most people simply call it “Solitaire”, without the “Klondike”. To help you learn to play the game, let’s first explain what the playing field looks like. It consists of four parts:

When you start a new game, you can choose whether you want to deal 1 card or 3 cards. The rules below concern the easy and most frequently played version, dealing 1 card. To win a game of Solitaire, you have to move all the cards distributed across the tableau and the stock to the 4 foundations, sorted by suit and in ascending order from the Ace to the King. On the tableau itself, you can move the face up cards from pile to pile, alternating in color and in descending order. In Figure 2, for example, you can move a black 7 to a red 8. You can also move several cards at once if these have already been stacked on top of each other. 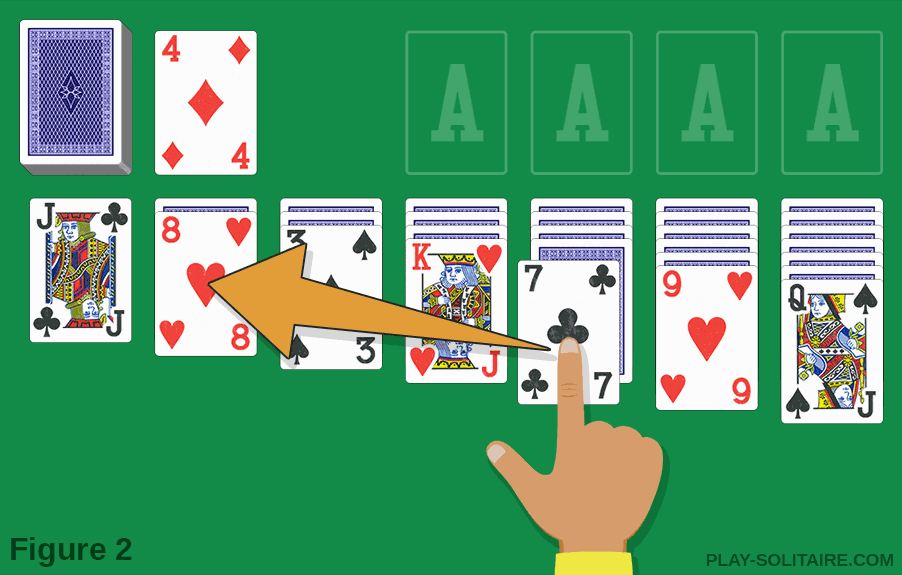 Every time you move a card to another pile, a hidden card will be turned over, giving you new options. The more cards have been turned over, the greater the chances of winning the game. In Figure 3, we see that after moving the 8, a new card is turned over, a black Ace. And since the first card of a foundation always has to be an Ace, we can immediately play it to the foundation. 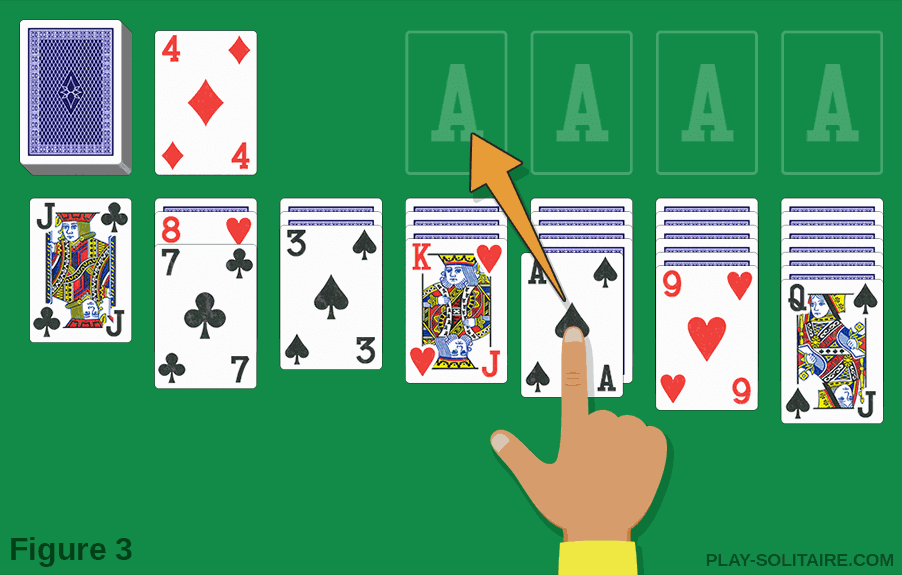 When no more legal moves are possible on the tableau, we turn to the stockpile. Every time you press or click on this pile, 1 new card is dealt to the waste. With each new card, you should examine whether you can use it somewhere on the tableau in order to uncover new cards.

Once you’ve completed a pile, thus creating an empty space, only a King can fill it. You should move a King to the empty space as soon as possible; this will also uncover a new card.

The above rules also apply to three-card Solitaire, the only difference being that not all the cards from the stock are available. In this game, you deal 3 cards instead of 1, and you can only use the top card. Once you’ve moved the top card, the second card moves up to the top position and all the other cards in the stock also move up one spot, creating new options.