The 5 Best Classic Microsoft Windows Games You Must Play

As one of the creators of this Klondike Solitaire website, I love to play classic games. Some of my favorites are Klondike Solitaire, FreeCell and Spider Solitaire. One thought comes to mind when I hear “classic Microsoft Windows games”: nostalgia. What a feeling it gives. I remember my younger self clicking away on my mouse and staring at a 360p CRT monitor. Those were the days.

During the early and late 90s, Microsoft created some of the most addictive games. No, these weren't complex games that made you want to throw your keyboard out the window. Instead, these games had simple mechanics, and they were generally enjoyable.

Although these games are old, I still play them sometimes and I couldn't keep all this to myself. So, here are the five best classic Microsoft Windows games you must play today: 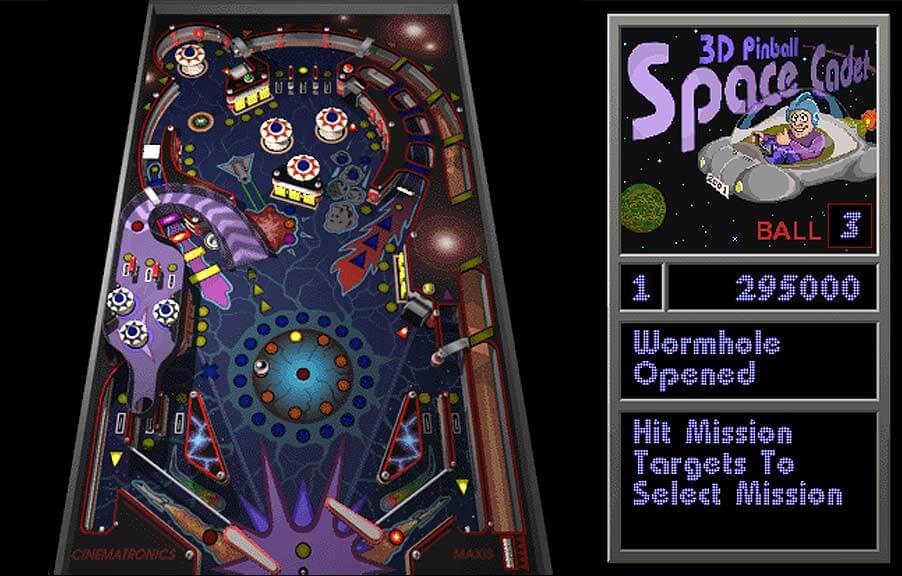 As a teen in the 90s, arcades were the place to visit. Whether for a celebration or fun, these coin-operated entertainment machines could provide endless hours of enjoyment.

People loved these machines, and Microsoft knew this. So, instead of continuously pushing money into these machines, why not make a video game? In 1995, Microsoft released a highly desired game called Space Cadet, which was 3D pinball for Windows.

Microsoft knew it would be a big hit before it was even released. And they were right. People were hooked when it first appeared in the Microsoft Plus! add-on for Windows 95.

The 16-bit game had a long run. From being initially installed on all Windows NT 4.0 operating systems, it was also included with Windows 2000, Windows ME and even Windows XP. However, unfortunately, this ended in 2007 when Window Vista was released. Microsoft developer Raymond Chen said: “The reason why we had to drop the game was because we could not port it to Windows Vista 64-bit without breaking it.”

Talking about this two-dimensional image-based game brings back happy memories for sure. However, there were many other old Microsoft Windows games that were superb. 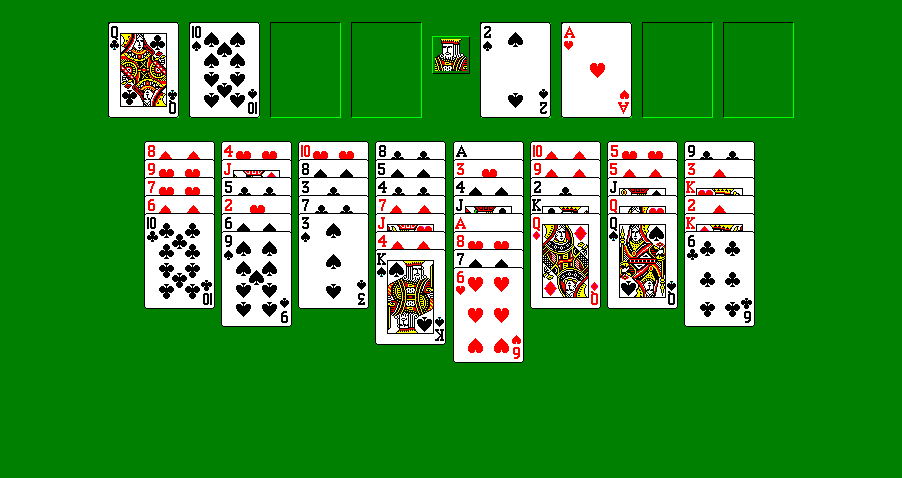 In this era, people also loved card games. One renowned option was FreeCell. The game itself was a solitaire-like game played using the standard 52-card deck.

Fundamentally, it was similar to most solitaire games. There are four open cells and four foundations. When you've moved all cards to their foundation piles, you win.

If you don't understand the rules, the game can come across as "difficult." However, the programmers behind this game suggest that 99.999% of all deals presented are solvable, it's a matter of knowledge.

Its simplicity made this game famous when it was released in Microsoft Entertainment Pack 2 in 1991. Although it was hard to win, playing the game required little brain power or computer knowledge. 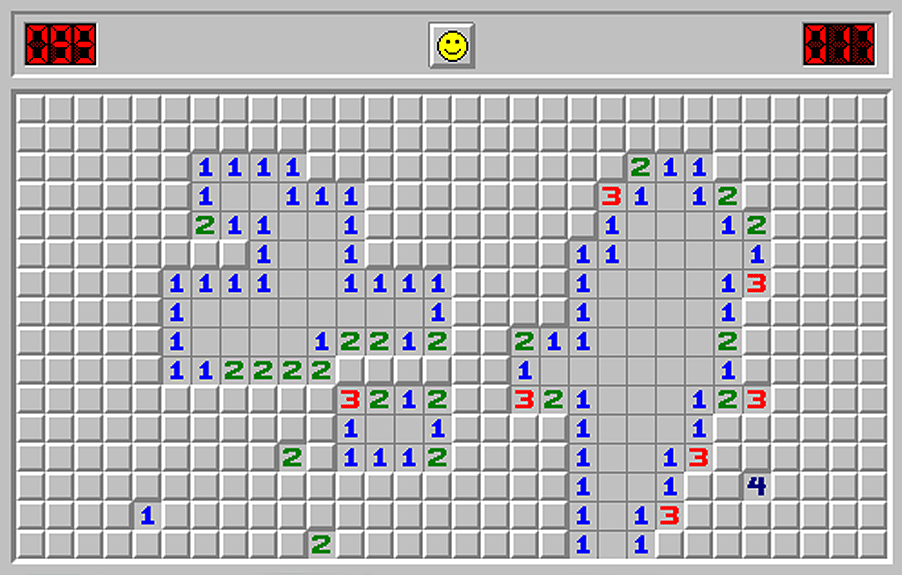 Earlier, we discussed how all these games were enjoyable and didn't frustrate you. While the enjoyable part is true for Minesweeper, it did bring out some unwanted, angry emotions.

As indicated by the name "Minesweeper," it's a game about mines. The aim of the game was to click on each square, hoping you didn't hit a mine and have to start over.

Despite its popularity, Minesweeper wasn't the first of its kind. Curt Johnson, the creator of the game, said he borrowed the idea from another. Although we don't know what game this is, many assume it's Mined-Out, which Ian Andrew developed in 1983.

When discussing old PC games, Minesweeper always gets brought up. It had a competitive edge while not having complex onboarding instructions for newcomers, making it highly addictive for its era. 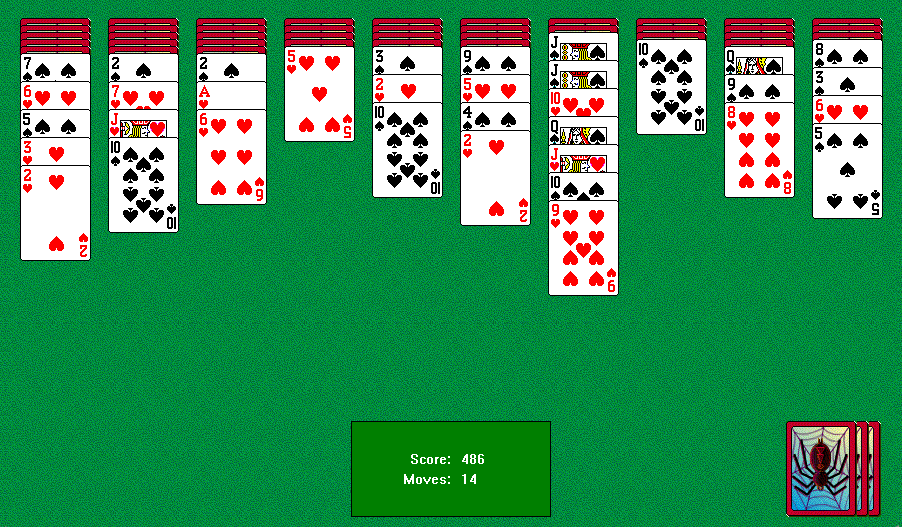 Many old Microsoft Windows games taught me the unique experiences computers could offer all those years ago. One, in particular, was Spider Solitaire.

The game gets its name from the eight legs of a spider, as Spider Solitaire is a variation of Klondike Solitaire with eight foundation piles that must be filled to win. The game has three difficulty levels: beginner (one suit), intermediate (two suits), and advanced (four suits).

Although I loved this game, it took a while to rise to fame. Between 1998 and 2000, it was seen as an extra on Microsoft Plus. However, beyond 2005, it was one of the most played games on Windows PCs. 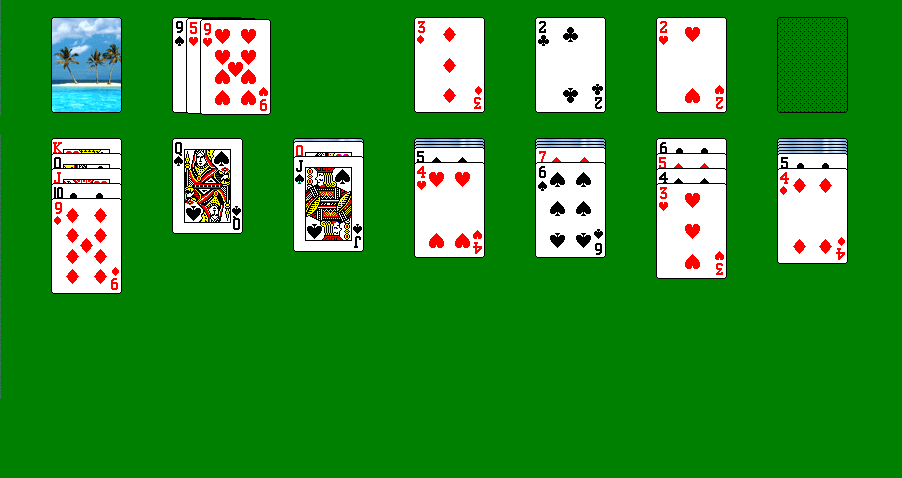 I saved one of the best classic Microsoft Windows games for last — Solitaire. Oh, what a game this was. The hours passed effortlessly with this, and it's still something I play today.

When I think about old Microsoft Windows games, it's always the first one to come to mind. Why? When it was released, the game was notoriously responsible for millions of lost dollars in workplace productivity.

Yep, you heard that correctly. The game was so addictive that it reduced productivity in the workplace. So, what did the creator, Wes Cherry, do? He created a button that would automatically pull up an Excel sheet to make it look like you're working. However, Microsoft quickly made him remove it from the game.

Undoubtedly, this game was addictive. Maybe for its ease of getting started or the competitive edge, or perhaps the confetti of cards flying around your screen once you've won, who knows? All I remember is that it's one of the best old Microsoft Windows games available. And I wasn't the only one who thought so — the game was inducted into the World Video Game Hall of Fame in 2019.

After reading the above, you should understand the best old PC games that Microsoft released between the 90s and 2000s. What makes these games incredible is that you can still play and enjoy them nowadays. So, go for it: revisit these classic games and see what you think. You never know, you might encounter some nostalgia.